The Quest for Inspiration

53’
Direction: Mathieu Le Lay
For years, Alexandre Deschaumes has stalked these extreme landscapes alone. In search of wild beauty, he walks and climbs, watching intently for the ideal angle. And in this rugged antipodean environment, his emotions mingle with the landscape. Whether in Patagonia tackling Mount Fitz Roy, or in Iceland on the most hostile terrain, he finds harmony, a natural enchantment. Filmed against the immensity, this intimate portrait takes us along little-known high-latitude paths, where the photographer confides his fears, his doubts and his quest to us.

For years, Alexandre Deschaumes has stalked these extreme landscapes alone. In search of wild beauty, he walks and climbs, watching intently for the ideal angle. And in this rugged antipodean environment, his emotions mingle with the landscape. Whether in Patagonia tackling Mount Fitz Roy, or in Iceland on the most hostile terrain, he finds harmony, a natural enchantment. Filmed against the immensity, this intimate portrait takes us along little-known high-latitude paths, where the photographer confides his fears, his doubts and his quest to us.

What you will learn in this film…

The Quest for Inspiration: Interview with Mathieu Le Lay 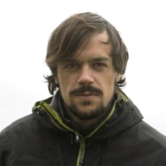 The director Mathieu le Lay revisits his work for us. We find out to what extent his film on the work of Alexandre Deschaumes stems from a commitment to (and humility before) nature that he shares with the photographer.

DK2R: How did this film project come about? How did you meet Alexandre Deschaumes?

Mathieu Le Lay: This film project grew from my meeting Alexandre Deschaumes in 2011. A photographer colleague had introduced me to his photographic work. The dreamlike atmosphere that it gave off immediately struck a very strong chord with me. While I was finalizing my first documentary film Des Gypaètes et des Hommesfor television, Alexandre had attended the film's preview in Annecy. After three years of tracking the bearded vulture In the Alpine Arc, I went straight into shooting the film with Alexandre, later entitled: The Quest for Inspiration. Alexandre was initially looking to produce videos for the photographic workshops he was running in the Alps and in several of the world's remote regions, such as Iceland and Patagonia. I instead proposed this idea of a documentary film to magnify his art through immersion in his world. One year on, after shoots in the Alps, Iceland, Patagonia and Brittany, the film was broadcast by Montagne TV and Ushuaïa TV, co-produced by Mona Lisa Production (a Lyon-based production company). The film later went on to be a success at international festivals, earning a number of awards and distinctions as well as several international screenings.

DK2R: In making this film, you must have led the same life as the photographer: walking, camping physically being in nature. The shoot must have been an adventure!

MLL: From a practical, physical point of view, we both went through the same things. Walking, clambering and climbing at the same spots, on the same rocks, beside the same precipices. It took a lot of commitment, particularly to carry the weight of the backpacks (mine often weighed around 30kg in the mountains, a weight easily eclipsed during our attempted expedition to Mount Fitz Roy in Argentina). Although we are neither climbers nor mountaineers, we did know our limits, so we never took unnecessary risks. In fact, our expedition to Patagonia had to be cancelled because climate conditions were extremely complicated (wind and rain storms).

I didn't lead the same life as the photographer, however I did clearly dive into his world, to the point of feeding from his art. From an artistic point of view, I had to find a means of translating as best I could his world and his photographic output to video. For this, I used material that he was using a lot at the time, i.e. various degraded filters to reproduce in particular those very overcast, leaden, contrasted skies. Collaborating with Alexandre was very spontaneous and intuitive; we both learned a lot from the experience, which allowed me to try new things in my artistic approach, all of which makes this film pretty unique. This was my way to be as faithful as possible to Alexandre's work and thus pay tribute to him.

The year spent shooting this film is one of my best adventure memories. Physically, it was very demanding but you come out of it stronger and all the prouder once these experiences are over.

I am convinced that you don't live the present moment in the same way with a camera as without.

DK2R: Do you think that photography is a way to experience the landscape more intensely or a way to share it with others?

MLL: I think that photography does, in a way, allow you to experience the landscape more intensely. On the other hand, I am convinced that you don't live the present moment in the same way with a camera as without. I feel that with video; I don't live the moment in the same way with my film equipment. I love to frame and immortalize a landscape, but I also really enjoy taking a break: to stop staring at the viewfinder and contemplate the landscape for a while. The notion of being here and now, at a given moment and in a precise place, becomes more important. Whereas when I have my eye to my lens, I appeal to my creative side and I feel inspired by what I see.

Photography is an incredible tool for sharing with others. The camera is the extension of the human eye. Each gaze upon a landscape is unique in itself. Sharing it becomes powerful because it is each person's own representation of reality, from both an artistic and an emotional point of view. Today, I think that photography has become very accessible to all and everyone can use images to express themselves. The emergence of social networks during the last decade also plays an important part in the sharing of photography.

DK2R: You yourself are also a photographer. How do you go about framing the immensity, particularly in photography? It has to be a choice. Do you favour certain axes or focal lengths?

MLL: I wouldn't claim that I am also a photographer. Some people today wear a variety of different hats, and present themselves as photographer, videographer, adventurer, writer, etc. I've always thought that by devoting yourself body and soul to a single passion, you can achieve a much better result. I've been wary of taking on too much in terms of creative and artistic activities because they take up a great deal of energy and above all require a lot of time to achieve a certain result. So I like the idea of focusing on just one profession, in this case making films, which I do full time. From writing to editing, including development and shooting, I participate actively in all stages of the production of a film.

In my cinematographic approach, I have always liked to relay the immensity of nature and its landscapes. To do this, I like to frame a silhouette in the landscape to give it a human scale. Man is small and vulnerable in this universe and this cinematographic approach allows me to convey this type of message, to show to what extent we are fragile, and we must stop believing ourselves superior to everything. Being fully aware of this makes us more humble.

DK2R: In your film "The Quest for Inspiration" you can feel the spiritual dimension of the relationship to the landscape, to the immensity. It brings to mind Ella Maillart and her reflections o n the human condition through her travel and her photography. Does photographing nature make you a philosopher?

MLL: I've always been attracted by spirituality. This spiritual dimension is an integral part of my personal quest and my approach as an artist. As a child, I was already asking myself lots of existential questions, such as: "What am I doing on this Earth? Why am I alive? What is my mission?" Man's place in nature fascinates me. The characters in my creations evolve in a wild, grandiose environment where I like to address issues linked to the human condition: passions, life-or-death challenges, the connection to Mother Nature. I also have a desire to film portraits of people who passionately, faithfully follow a personal quest. Nature doesn't necessarily make me a philosopher but it does give me space to think about the issues I see as essential.

DK2R: What are your upcoming film or photography projects?

MLL: I am currently firming up two future films on photographers' quests. One of these films is devoted to the uncluttered, minimalistic world of animal photographer Jérémie Villet, recently named "Rising Star" in the 2019 Wildlife Photographer of the Year Awards. I followed Jérémie to the Yukon, to the white and cold of the great Canadian north, in search of the mountain goat, an iconic animal in the Canadian Rockies, which is increasingly suffering the effects of global heating. The other film will paint a portrait of Laurent Baheux, who photographs African fauna in black and white, in particular the great cats of Africa. To remain faithful to Laurent's photographic world, the film will be shot almost entirely in black and white.

Another arthouse film due for release in 2021, on the theme of consumption and sustainable development. To tackle these subjects (which seem to me essential at the present time), I chose to follow a construction project for autonomous housing recently begun by a friend in Montana.

I am also continuing to develop many other documentary film projects, and there's a short film, fiction this time, that may also come to fruition. 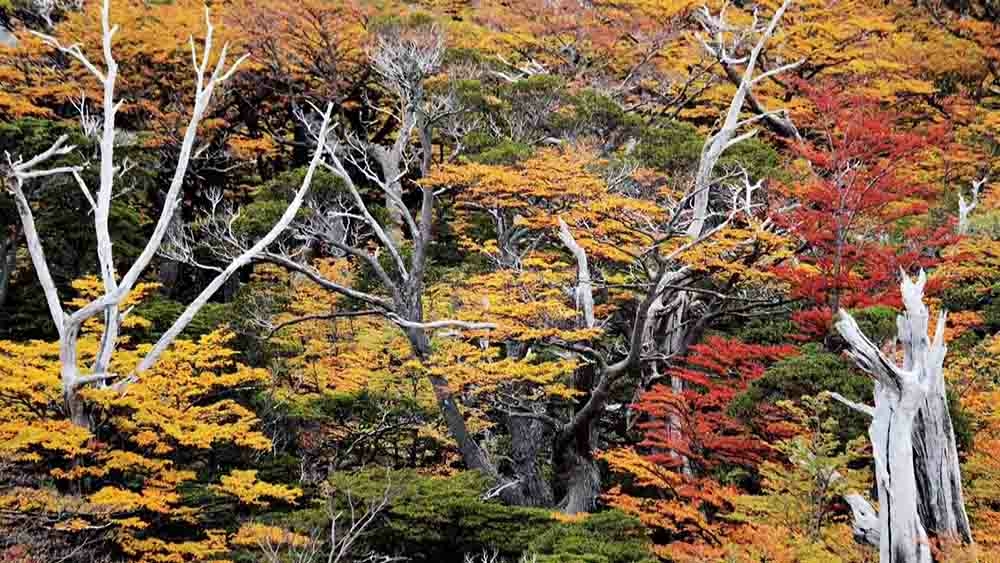 The Quest for Inspiration (2012)
Direction: Mathieu Le Lay
The forests where it all began 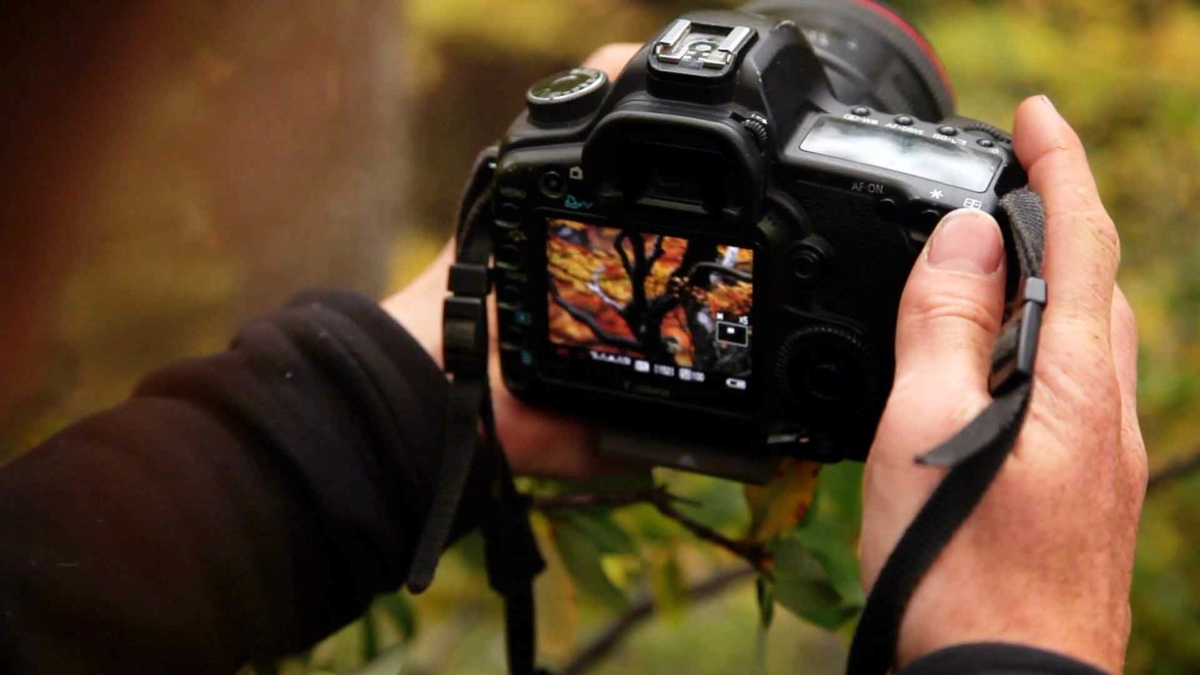 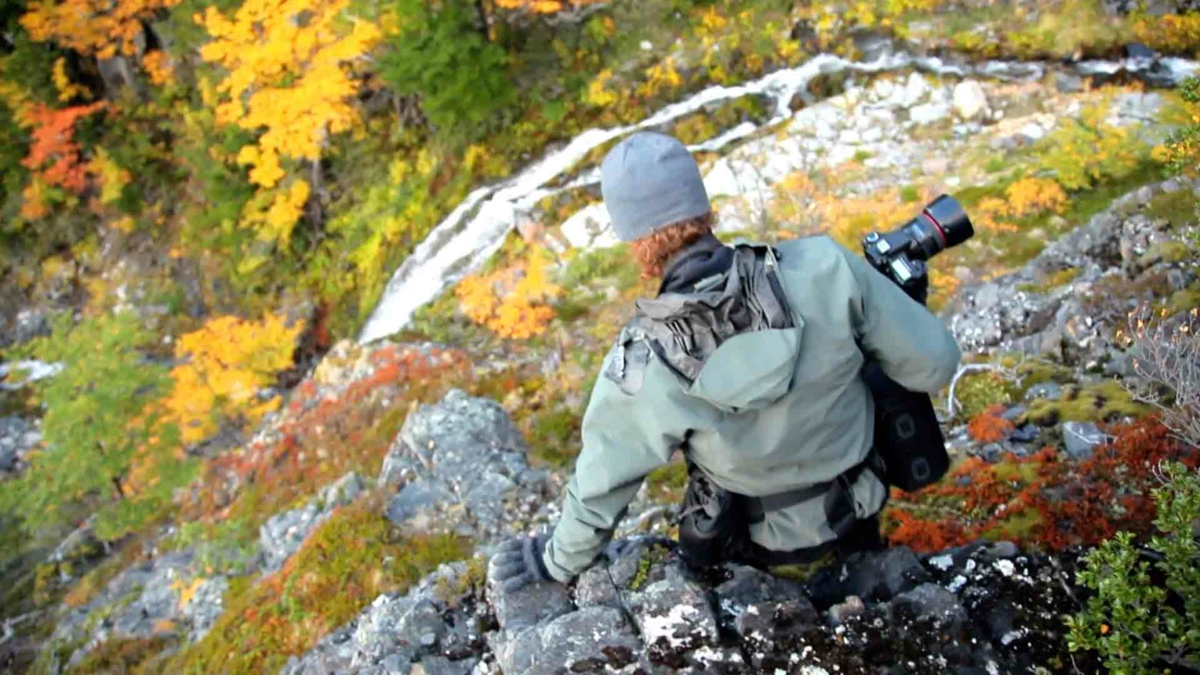 The Quest for Inspiration (2012)
Direction: Mathieu Le Lay
In search of autumn 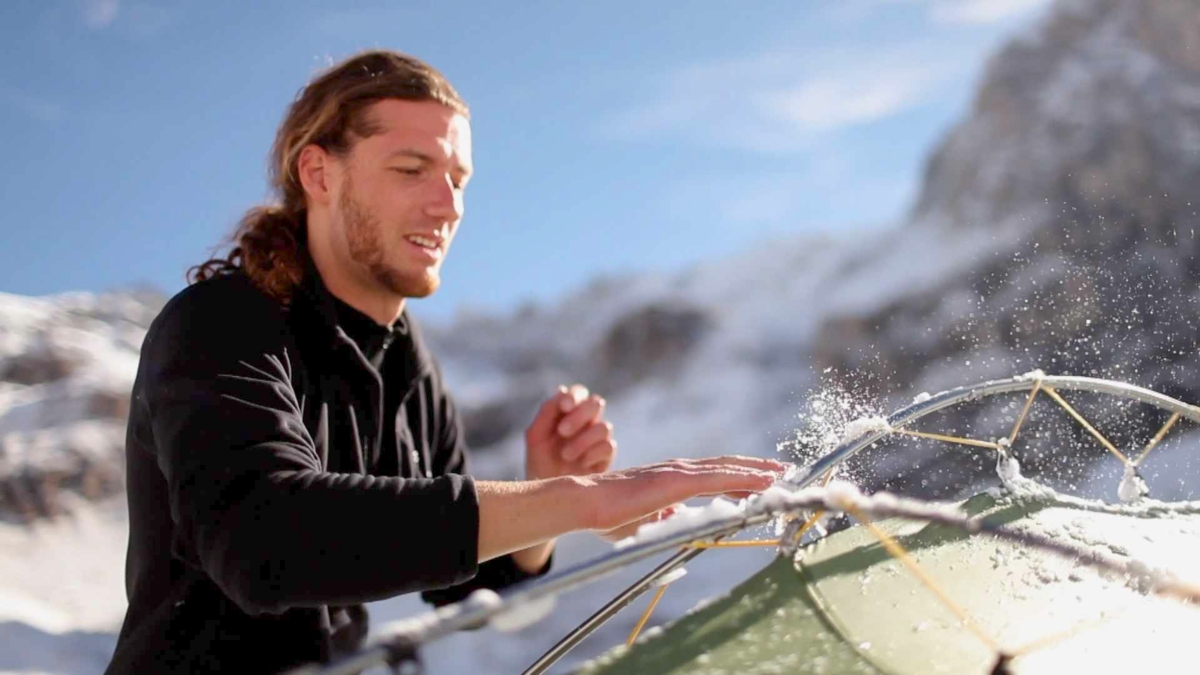 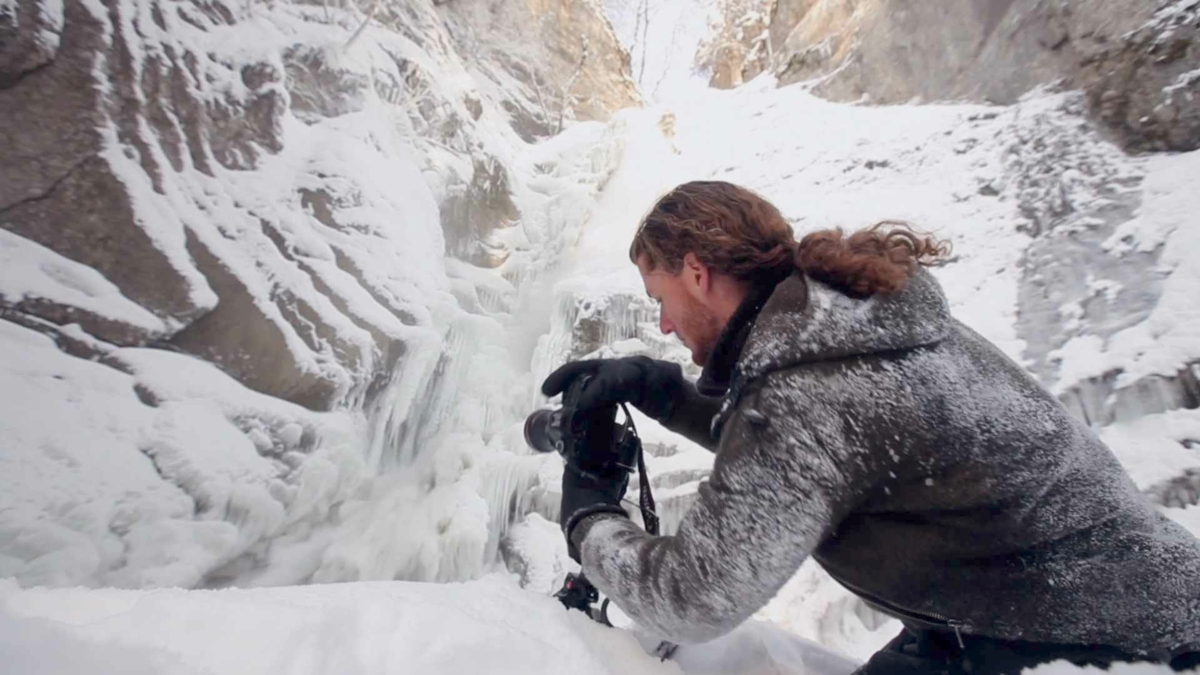 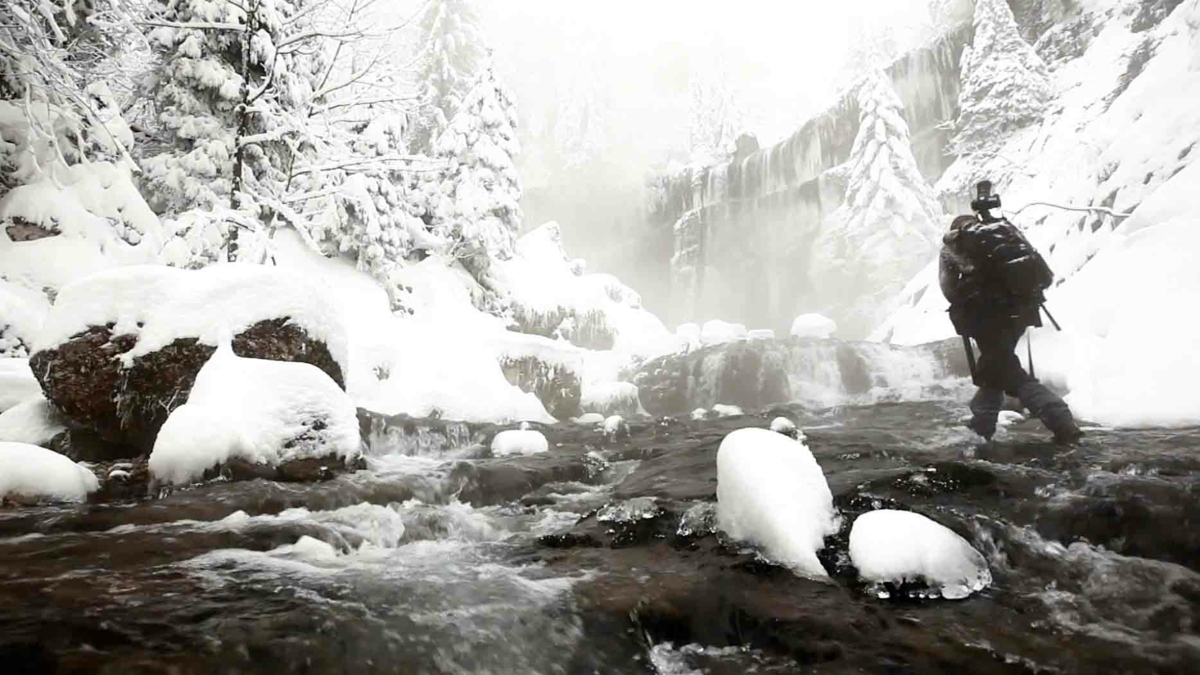 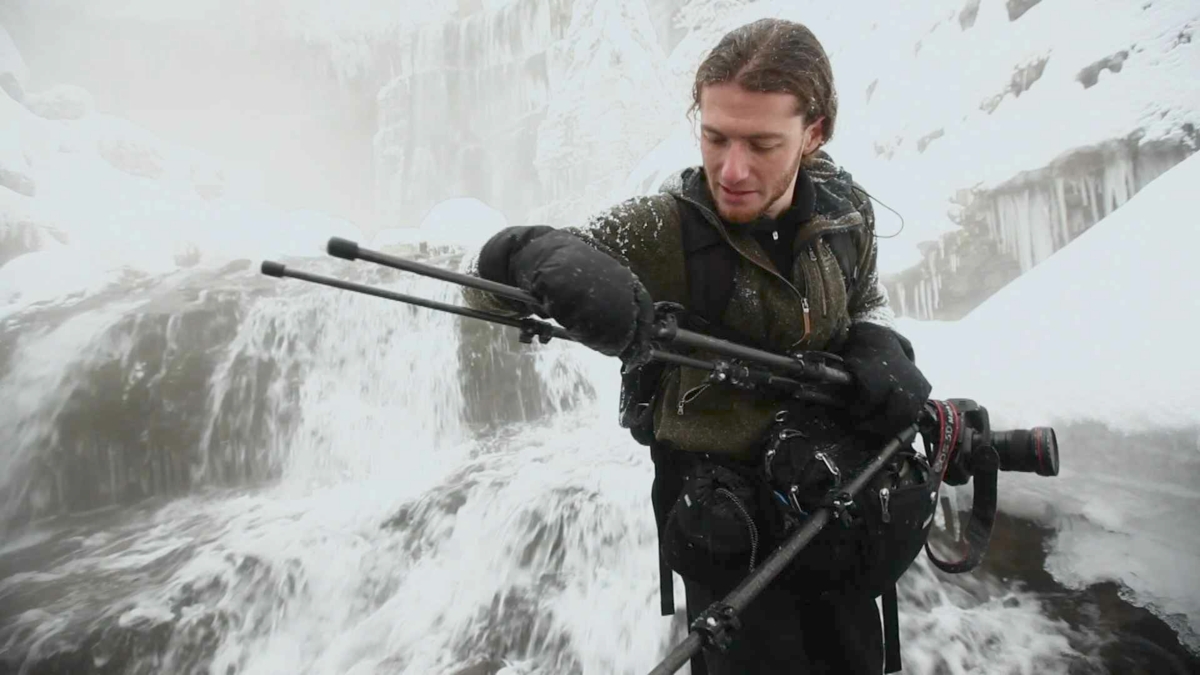 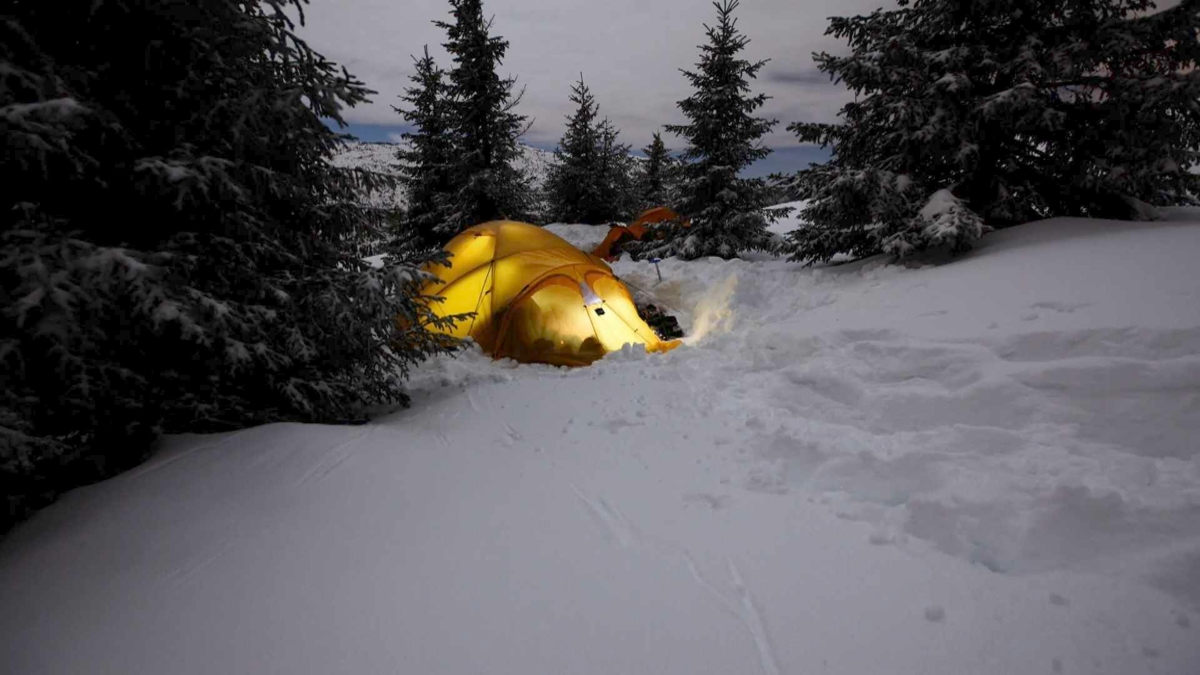 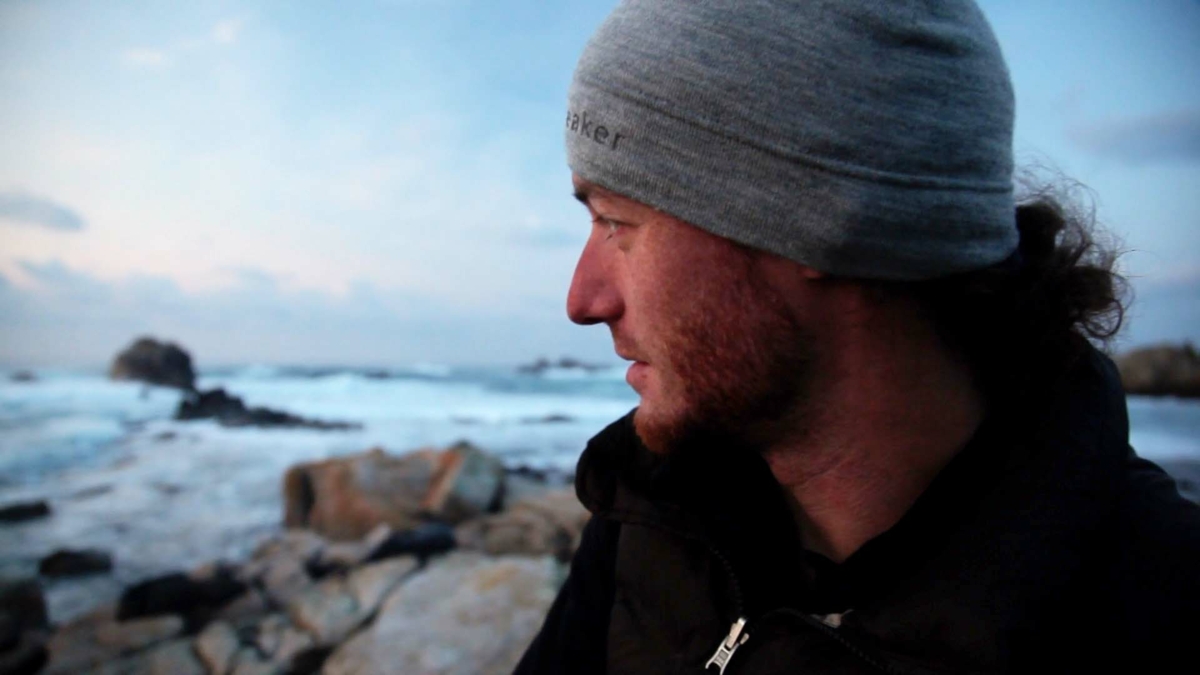 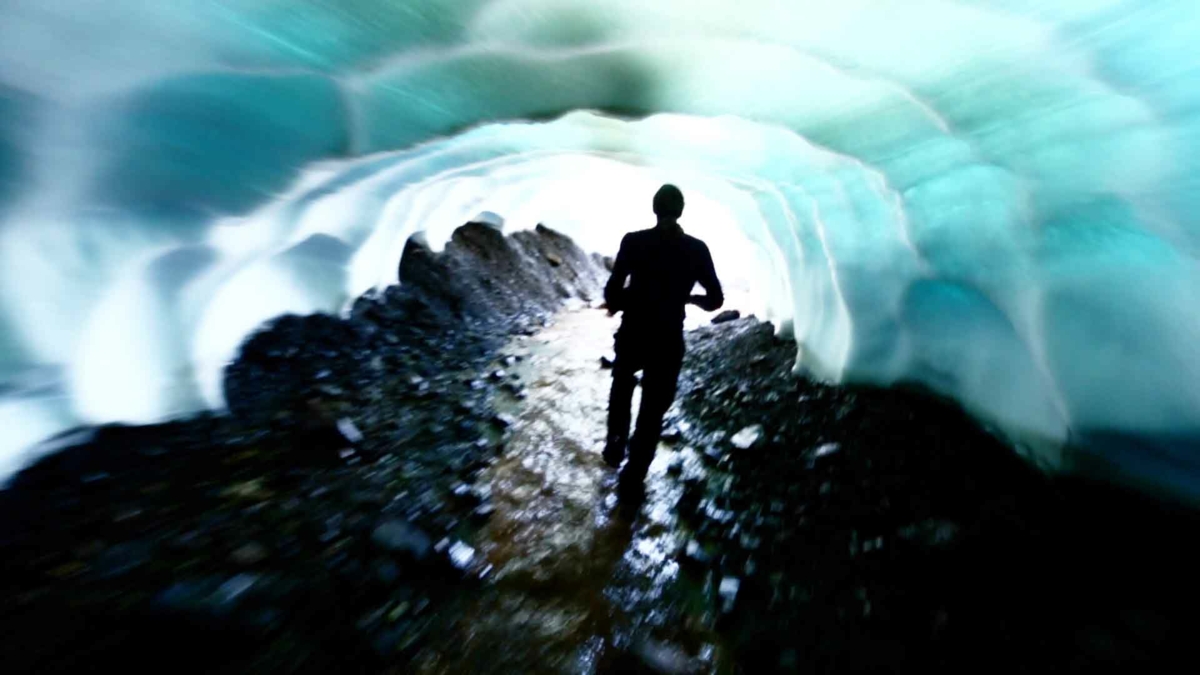 To keep the inspiration flowing, I have to feel that I’m innovating, exploring strange, new mixtures of colours. There has to be an element of the unfathomable, the mysterious.
- Alexandre Deschaumes

You will find this film on the circuit