WINNER / 2021 LES NUITS PHOTO PRIZE
Transposed into a film, photography becomes matter, an instantaneous memory, malleable and stretchable to infinity; manipulating this photographic memory means understanding where it comes from and what it does. Valentin Sidorenko perfectly and simply illustrates this reflection by projecting himself into his own photographic and family memory, inviting us to question our own family chain of transmission.

SPECIAL MENTION 2021
Photography transcends reality, and Maxime Riché, through his singular photographic processes, transcends this reality of the mega-fires in California. His photographic film PARADISE goes even further, bringing a touch of truth to this transcended reality through intense testimonies and immersive sound creation. In my eyes, it is one of the most successful photography film documentaries of recent years.

2021 FILM SELECTION
The obsession with perfection comes above all through the command to create that each artist imposes on himself. Not a single day without a line... This satirical portrait of an artist lacking in inspiration is above all an ode to procrastination, almost leading us to redefine the word "work": for an artist, to wander, to contemplate, to be inspired... is this work? From my point of view: yes!

2021 FILM SELECTION / THE DARKROOM RUMOUR'S CHOICE
This cine-tale about sex is falsely naive banter that shows everything, with the photographs of Romy Alizée. The lightness of tone serves as a decoy to better dynamite, jigsaw-style, the last clichés on female sexuality. The poster on the wall of a film by Catherine Breillat, A Real Young Girl, is a reference: Romy & Laure's "real" young girls have sex organs and do what they want with them.

The Darkroom Rumour is a new kind of editorial encounter that invites you to discover an art that has become a daily practice. It's an audiovisual magazine designed to inspire and to cultivate its practice and its photographic world. 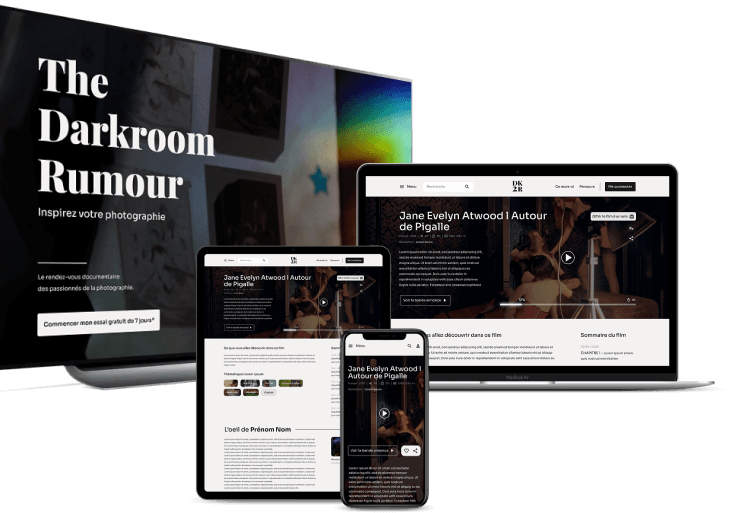