27’
Direction: Thomas Goupille
As she prepares to publish her book "Pigalle People" and presents one of her major exhibitions “Histoires de Prostitution”, Jane Evelyn Atwood delves into her archives of the 1970s, the period when she photographed the prostitutes and transsexuals in Paris Les Halles and Pigalle districts. For four years, she captured their everyday lives and intimate moments. From the photo lab, where she prints her images, to the printing of the book and the exhibition opening, she discusses her encounters and the connections made on the street which accompany her still.

As she prepares to publish her book "Pigalle People" and presents one of her major exhibitions “Histoires de Prostitution”, Jane Evelyn Atwood delves into her archives of the 1970s, the period when she photographed the prostitutes and transsexuals in Paris Les Halles and Pigalle districts. For four years, she captured their everyday lives and intimate moments. From the photo lab, where she prints her images, to the printing of the book and the exhibition opening, she discusses her encounters and the connections made on the street which accompany her still.

What you will learn in this film…

Black and White The artist's inspiration 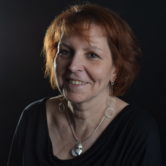 Jane Evelyn Atwood is an independent woman and photographer whose freedom has been forged both through her experiences and the struggles she wages in life to protect her creative space.  But this freedom is tenuous. It must be regained with each act, each decision, each gesture and it requires unfailing integrity and authenticity. Freedom is not easy. It is a constant vigil of the self and others in a relationship of otherness that must be reinvented with each event, each encounter and each commitment.

And Jane does so with rigor and moral rectitude. She is at once precise in her photographic choices, tenacious in her projects and intuitive in her approach to her subjects. This combination is the secret to the depth of her images. She tackles her photographic subjects, without compromise. She throws her whole being into her work. Straying from her chosen path is not an option. Jane Evelyn Atwood herself describes her approach as obsessive. She keeps at it until she has the whole story. And the story is, of course, the subject, which comes to life in her images but is also written thanks to the people encountered, their presence and their words, which overwhelm us, touch us, command respect and leave their mark on the photographer and the viewer alike.

Jane Evelyn Atwood looks and listens, she faces. The dividing line is slight. She receives the other, visually, and it is decisive, but also in all the complexity of their humanity, their fears, their courage, their violence, their struggles, their dreams, their follies, their resignation, their despair. But she knows her place too. She remains detached, never smothers the other, loses control or allows emotion to get the better of her. Her camera is her compass pointing her in the right direction and her heart the inspiration for her images.

Jane Evelyn Atwood herself describes her approach as obsessive. She keeps at it until she has the whole story.

Her photographs express more than we see at first glance, they bring to the surface of the visible the cracks in the human veneer, our ambiguities and our trepidation. They speak of the forms of the human condition in situations of marginality, of exclusion, of frailty, of handicap, of illness, of war. They show how each of us tries to exist despite everything. We must listen to Jane Evelyn Atwood’s images. They are alive with the human effort made in worlds on the margins of society, in closed worlds, be they inner or outer. Small details, bodily postures, a gesture, an unusual look strike us, suddenly. It is this human intensity that gives Jane Evelyn Atwood’s work its political dimension. Powerfully and sensitively, she documents an outside world seen from within, captured in the moment of connection with those inhabiting it. And this unique way of looking renders certain images iconic. They become a precipitate of life, the capturing of a universally understood moment.

And she always edits her images with the utmost respect. A photograph likely to offend the dignity of a person and hurt them will not be published. Nor will a photograph be taken at an inappropriate moment even if the photographer has the feeling it would be the perfect shot. And so Jane Evelyn Atwood’s body of work includes a few “ghost images'' existing only in her memory, off-camera shots visible only to her.

She is described as an “engaged” photographer, a label that she rejects. She does not want to be filed in drawers that strip away the characteristics of a photographic approach driven by the woman she is. Her enthusiasm for her subjects stems from something else. Her first, and now legendary, photographic essay Rue des Lombards arose from the urge to cross a boundary, into a world she found beautiful, where the women were decked out like movie stars, where their lives and gestures had an aura of mystery. She wanted to penetrate this world and her encounter with Blondine, a dominatrix prostitute with whom she kept in touch for thirty-eight years, opened its doors. Picture this very young American woman, filled with fascination, hovering near the brothel, the comings and goings of the women and their clients. She did not dare enter at first and then, finally, she went inside, climbed the stairs, entered the bedrooms and took the images we know so well today. An entire year of her life was taken up with this project. Nights were spent photographing, days catching a few hours’ sleep and earning a living as a postal worker. Such a rhythm is typical of Jane Evelyn Atwood. When she is captivated by a subject, everything else fades to insignificance. She throws herself in, body and soul, working tirelessly, expending her time and energy. Jane Evelyn Atwood is in it for the long haul. The following year was devoted to a series on Pigalle’s transsexuals, which remained in a folder for years before being shown to the public in the form of a book and an exhibition, the subject of Thomas Goupille’s film in this issue of the magazine.

But perhaps we should redefine the term “engaged” as it is generally understood, or at least consider its nuances. Jane Evelyn Atwood is fully engaged when approaching a subject. She immerses herself in it, follows it like a tracker, thinks it through fully, investigates, perseveres and leaves nothing to chance. She is therefore “engaged” in those moments with all her humanity and acuity. Her work is considered “engaged” because it touches on social issues and is often related to politics. But the rest of the time, she lives, takes an interest, loses interest, loves, dreams and sleeps. Being a photographer is not a state of mind but a creative act which, as well as technical prowess and personal aesthetics, requires the artist to have something to say. And with her camera Jane says what she has to say, when she finds herself involved again, pulled into, compelled by stories that she explores in depth in order to get to the heart of the matter, the marrow.

Jane Evelyn Atwood has created an impressive body of work. From Rue des Lombards in 1976 and the transsexuals of Pigalle to the blind, whose world she explored on and off for ten years, and women in prison, whom she also photographed over a ten-year-period in nine countries, including Russia and the United States where she even gained access to death row. She listened to these women’s stories. Collecting their first-hand accounts was an integral part of the project. The resulting book has since been adapted for the theatre. With Jean-Louis, whose final months she shared, she gave a first official face to AIDS in Europe in 1987. She has experienced the life and the missions of the French Foreign Legion and met and photographed people disabled for life by landmines.

Jane Evelyn Atwood has published many books and won prestigious international prizes since receiving the first W. Eugene Smith award in 1980.  She is currently working on two new books that must remain secret for the time being: one will be published in autumn 2021 and the other, also a long-term project, the following year.

Jane Evelyn Atwood’s photographs are relevant to us all. Her images hold us in their look. They express a suspended moment in time breaking through, they convey in the captured form a sense of place and history, of characters burdened with biographical baggage. Jane Evelyn Atwood is there, where she should be, with acuity, sensitivity, respect and intelligence. 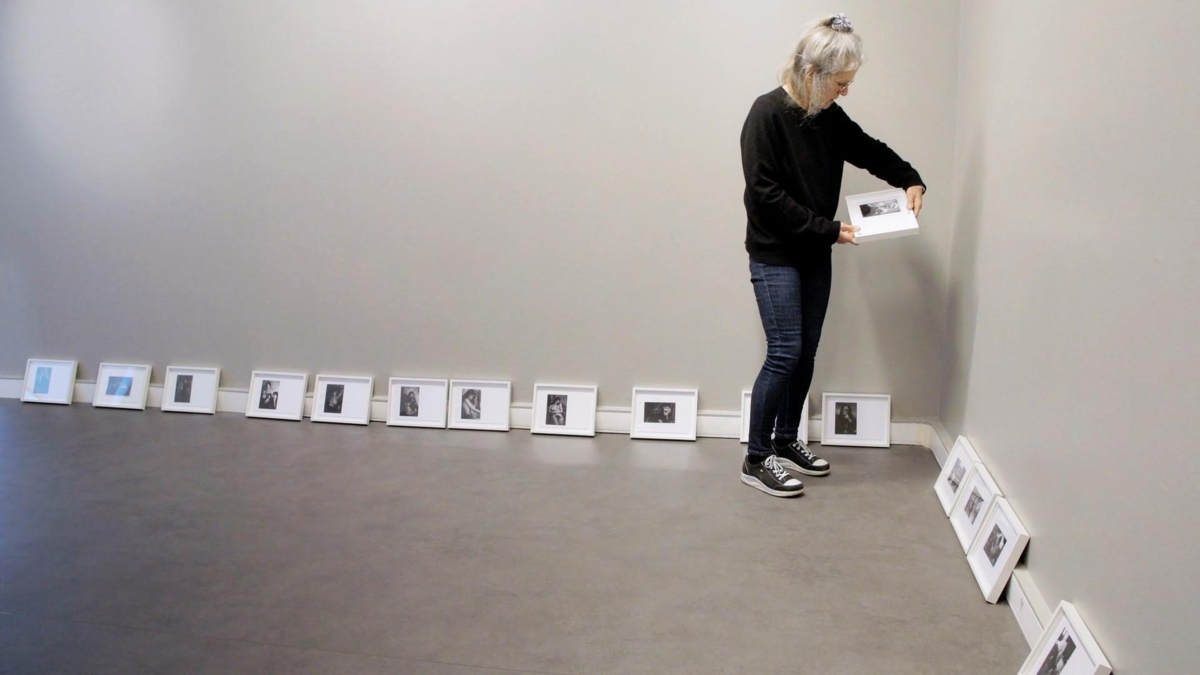 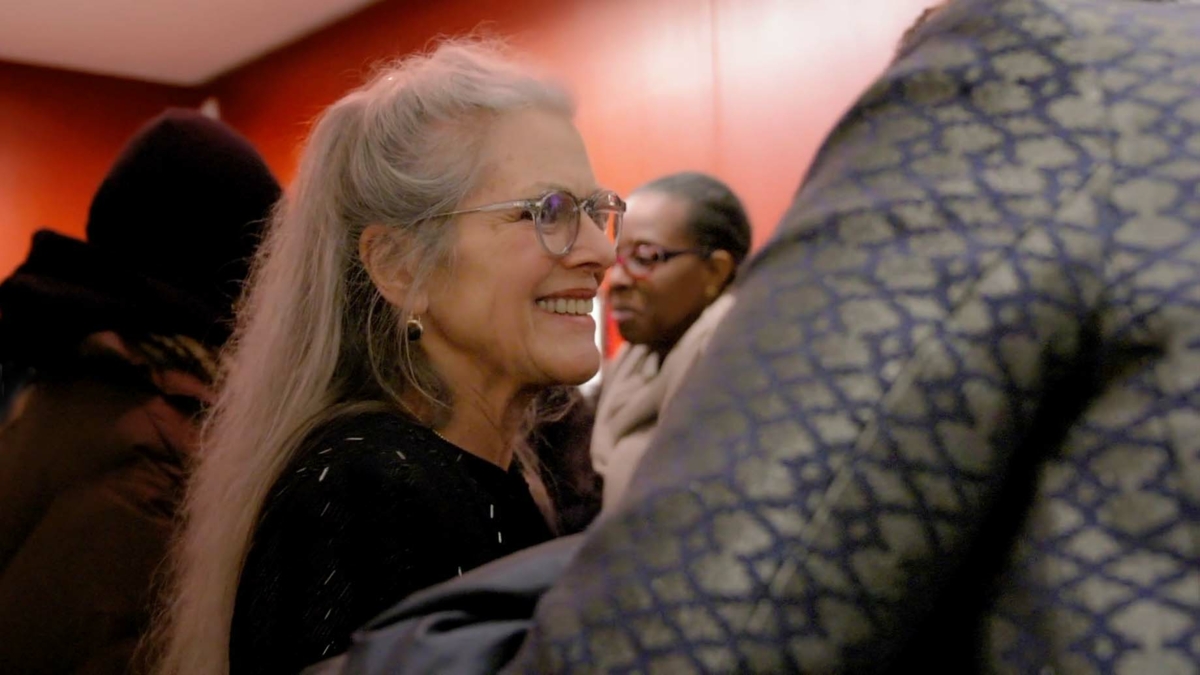 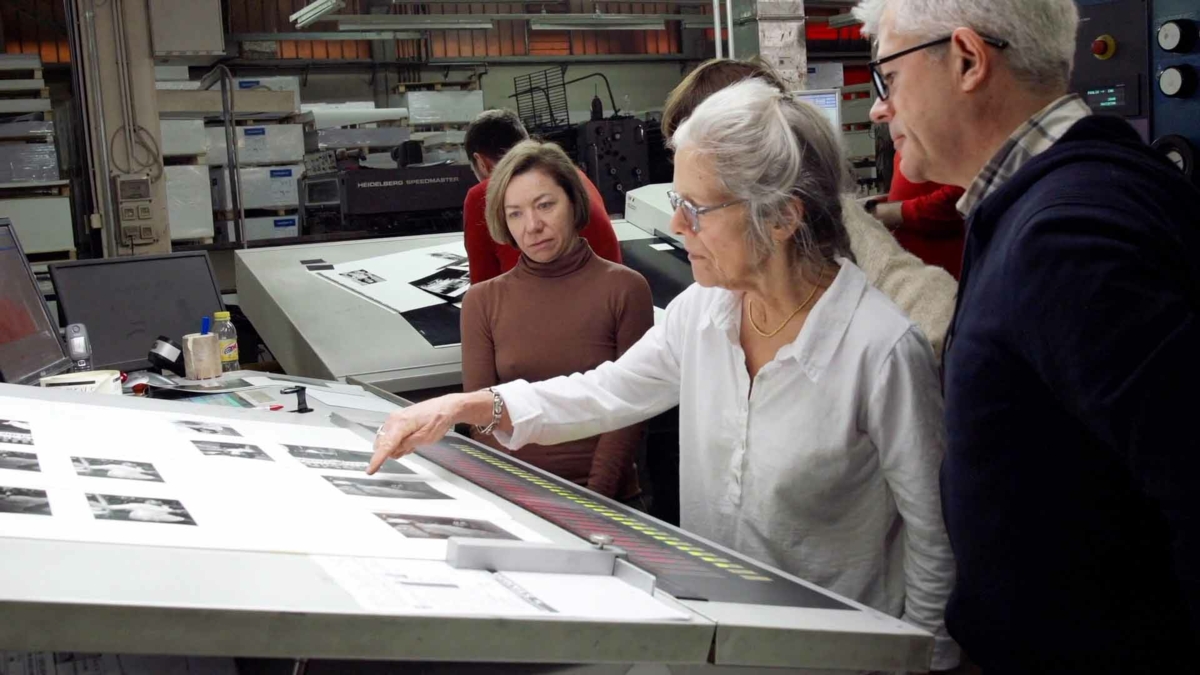 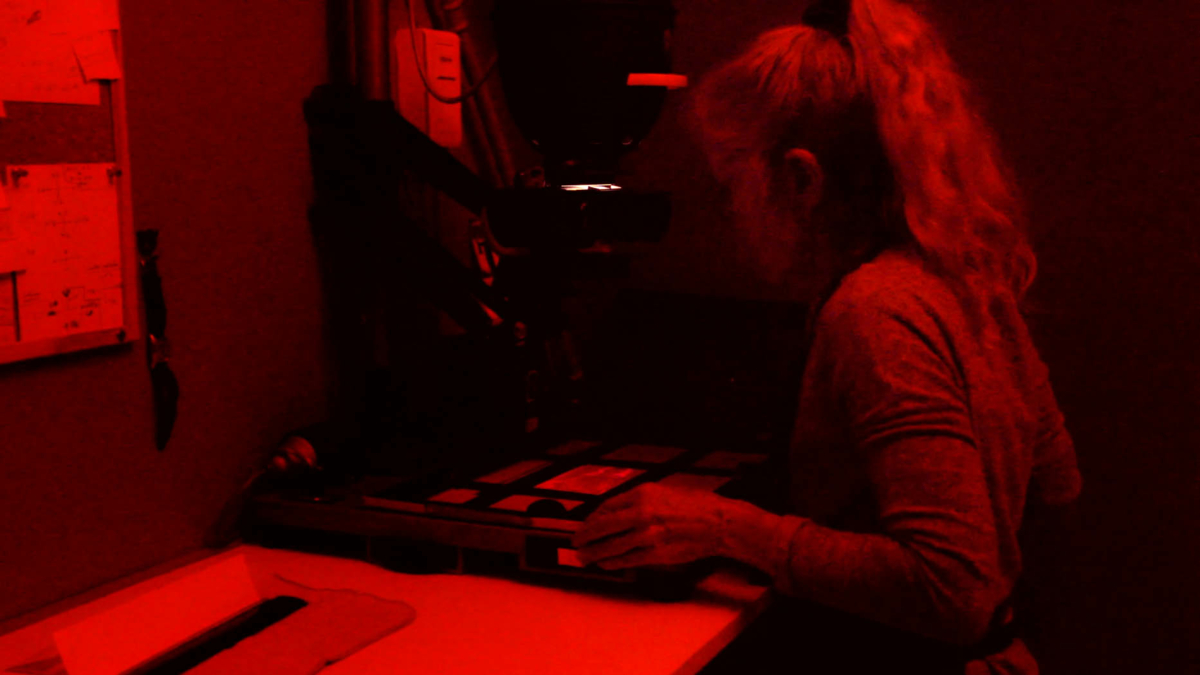 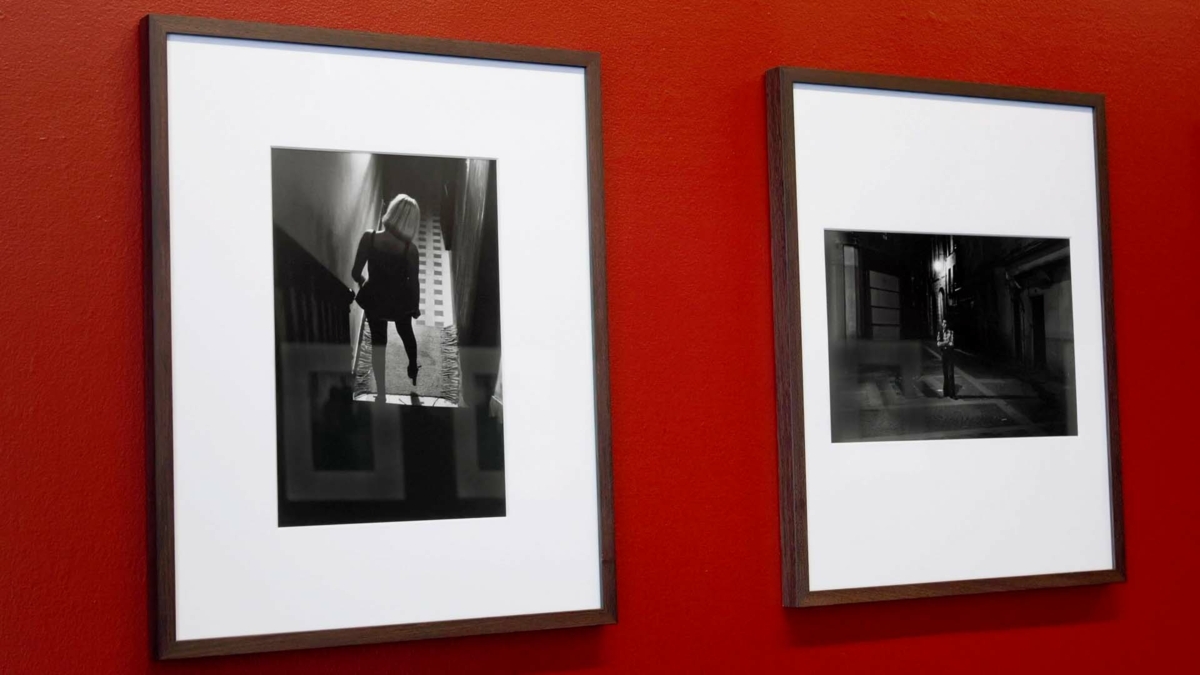 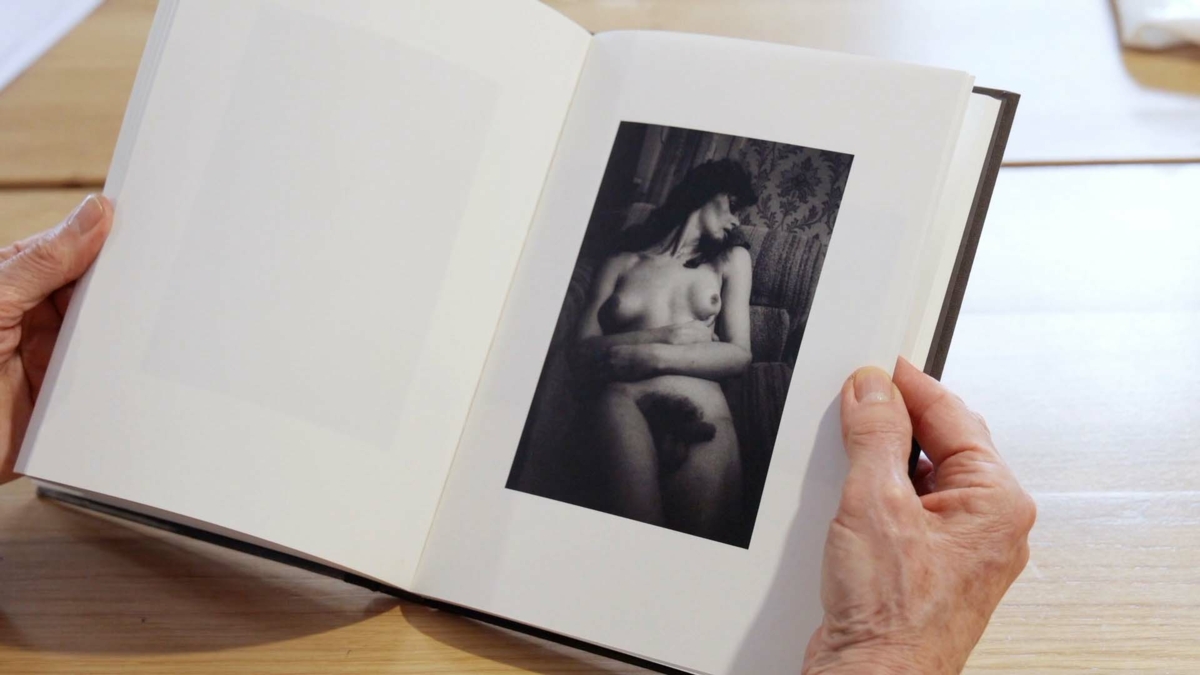 Around Pigalle | Jane Evelyn Atwood (2019)
Direction: Thomas Goupille
Life of transsexuals at the end of the 1970s 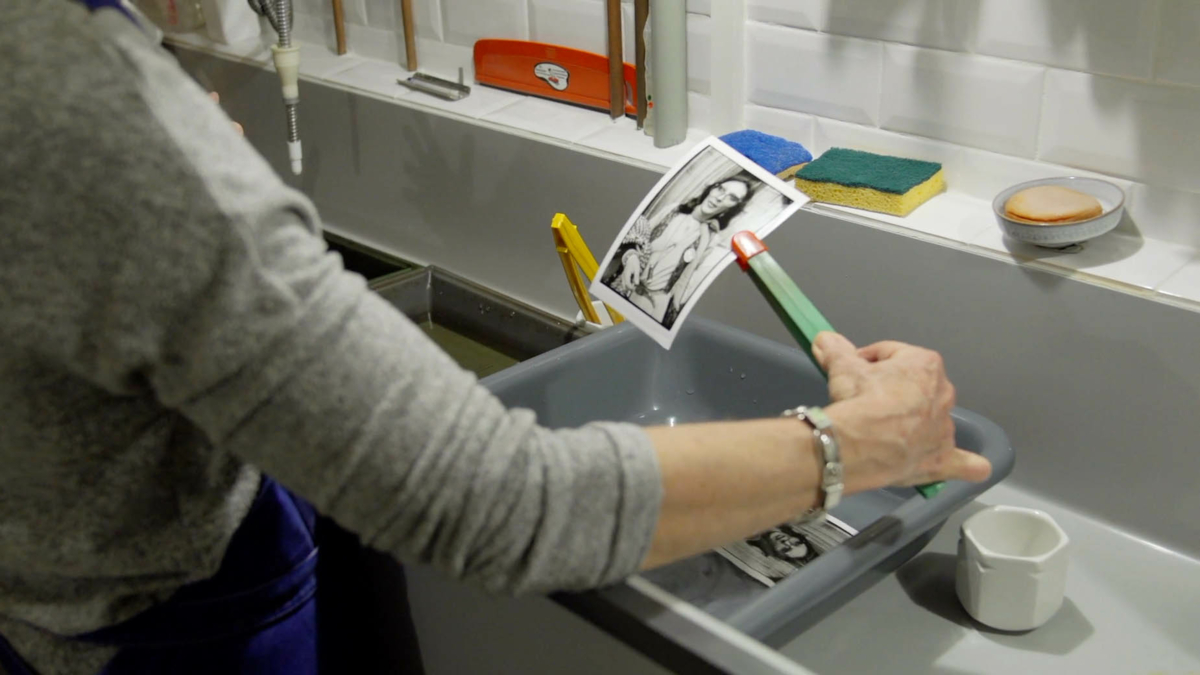 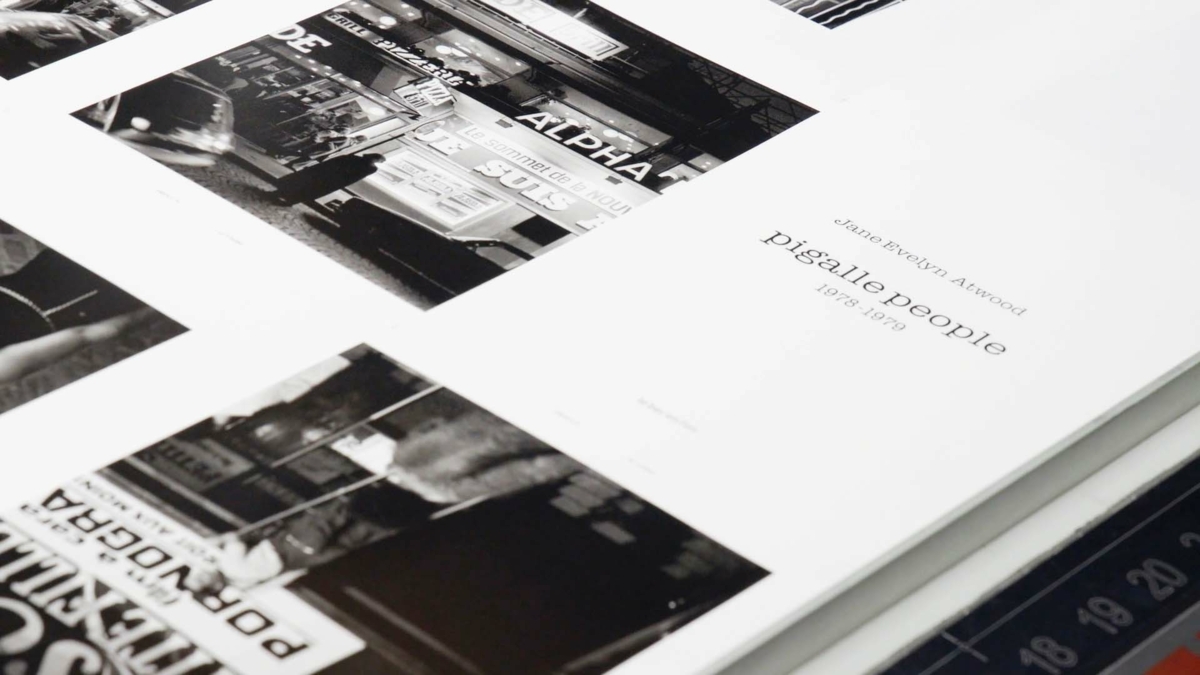 English
Black and White • Quickies
Black and White • Quickies
PHOTOBOOKS is a documentary series that takes you behind the scenes of a book in 7 minutes. This first episode was made from the film AROUND PIGALLE | JANE EVELYN ATWOOD. It's a look at the lives of the transsexuals of a vanished Pigalle that Franco-American photographer Jane Evelyn Atwood inhabited in the late 1970s. Leafing through her book PIGALLE PEOPLE, just off the press, she recalls the intertwined lives and the stories of those who mattered to her. 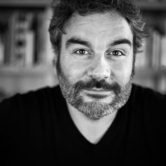 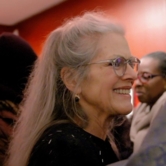