The Legs of the Saint-Pierre Quarter

What you will find in this film

The Legs of the Saint-Pierre Quarter: Interview with Dominique Roland 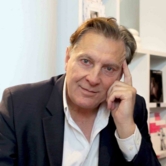 Dominique Roland, auteur of the film The Legs of the Saint-Pierre Quarter, has directed an original and erudite film about the work of the artist Pierre Molinier. It comes as no surprise from this enthusiast, who is also director of the Enghien-les-Bains Arts Centre. In this interview, he explains to us the origins of his film.

Emmanuel Bacquet: You have made an erudite and intimate film about photography's "black angel" Pierre Molinier, meticulously recreating his world: How did this film come about? What drew you to this photographer?

Dominique Roland: Pierre Molinier died in 1976. That same year I was studying for a degree at the Bordeaux School of Fine Arts. I had first heard about him in 1973 but had never dared approach him. At the time, I was supposed to start a series of documentaries on art and culture. An artist photographer friend from Bordeaux, Jean Michel Fauquet, had encouraged me to make this film. What motivated me then was the problem that Bordeaux, France's Sleeping Beauty, had with promoting its scandalous visual artists, particularly Molinier. Hence the phrase: "The inhabitants of Bordeaux have always been torn between the irresistible desire to be noticed and the need to conceal."  After all, they turned their back for three centuries on their river, a reminder of the slave trade, then on those who seemed to make too many waves.

EB: How did you get so many elements of the decor and so much archive material together? Did you work with the family, with Molinier's close friends?

DR: It all began with an investigation into the circumstances surrounding Molinier's death and, in particular, my meeting with his daughter Françoise at the scene of the tragedy. She and I reconstructed the scene and the decor with the help of a sketch. Then we tried to put everything back - furniture, objects, gun, photographs, accessories - just as Molinier had left it. With Françoise Molinier's permission, I then had access to the photographs taken by the police on the night of the tragedy. The police department gave them to me. They were glad to get rid of them! I also met the artist's friends, including the Donzel brothers (his neighbours in the 70s), the writer Pierre Bourgeade (some parts of his book Les Immortelles were inspired by Molinier), Jean Pierre Bouixou (author of the film Satan bouche un coin, featuring Molinier), Jean Luc Mercier (publisher and expert on Molinier who owned many of Molinier's works), Kamel Ménour (gallery owner)… the list is long!

I have made a career out of being myself.
- Pierre Molinier

EB: Through his practice and his "shamanism", Pierre Molinier's photography revealed the invisible, the imaginary.  How would you qualify his place in the history of art and photography?

DR: With Pierre Molinier's work, there's a blurring of boundaries between art and life. The one mirrors the other. As much through his performance (cross-dressing) as the culmination of a photomontage. Molinier's centre of gravity was himself and his whole world was his studio. As he himself said, "I have made a career out of being myself." While Molinier did not achieve international success in his lifetime, his work is known around the globe and features in many fine collections today. André Breton brought him to the attention of the Surrealist movement and its aficionados, but their relationship was based on a misunderstanding. Molinier is chiefly known for his remarkable photomontages whereas his painting, until 1958, was more classical in style and reflected Symbolist (Gustave Moreau) even Expressionist (1946/48) influences. André Breton preferred Molinier's paintings to his photography.  In my opinion, Pierre Molinier's photographic work had a huge influence on the Body Art movement. A number of artists, including Cindy Sherman, own works, photomontages, by Pierre Molinier.

EB: Dominique Roland, you are the founder and director of the Enghien-les-Bains Arts Centre. What place does photography have in your programme?

EB: Do you have any film or exhibitions projects devoted to photography?

DR: My current film project is Un cabaret sous les étoiles, a documentary about the legendary Tropicana cabaret in pre- and post-revolutionary Cuba.

And I am planning an exhibition as part of the 2021-2022 French Season in Japan. The "CDA" has just been officially selected by the Institut Français. 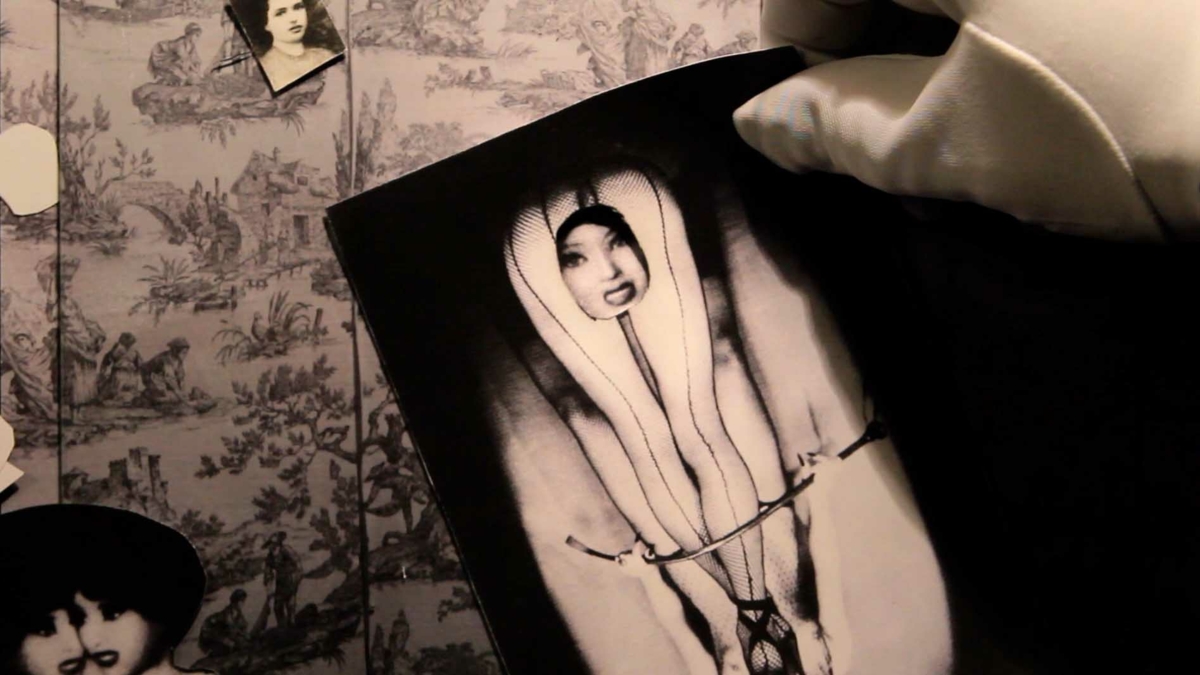 The Legs of the Saint-Pierre Quarter (2013)
Collage 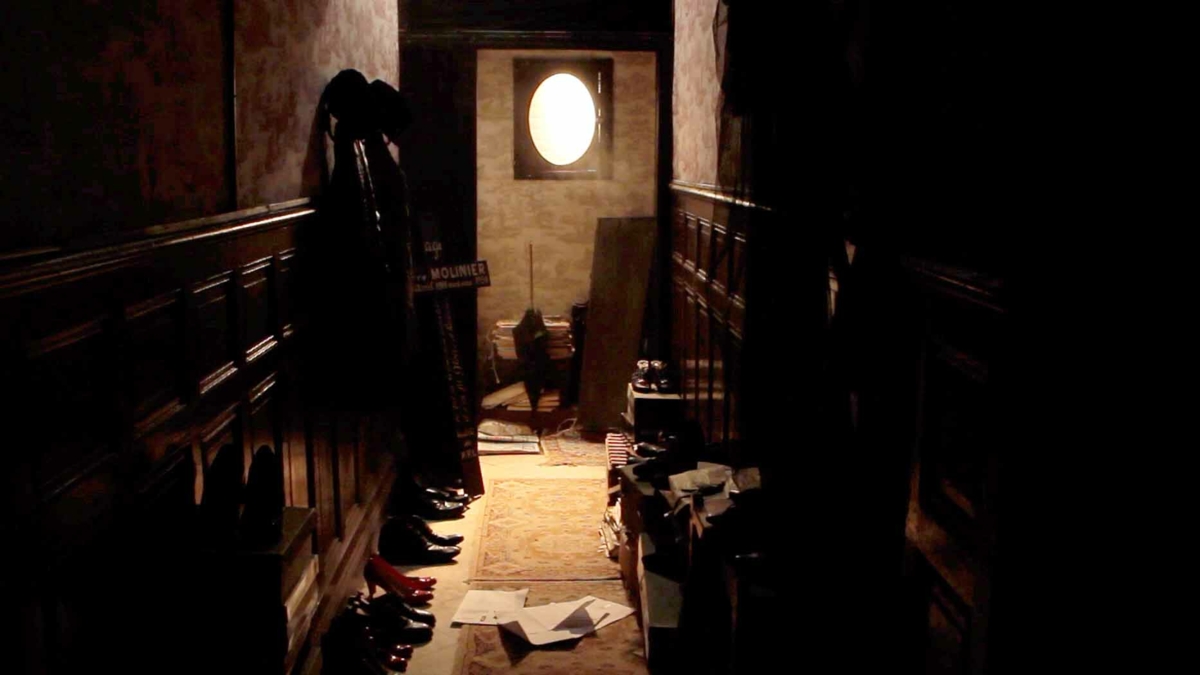 The Legs of the Saint-Pierre Quarter (2013)
At Pierre Molinier's 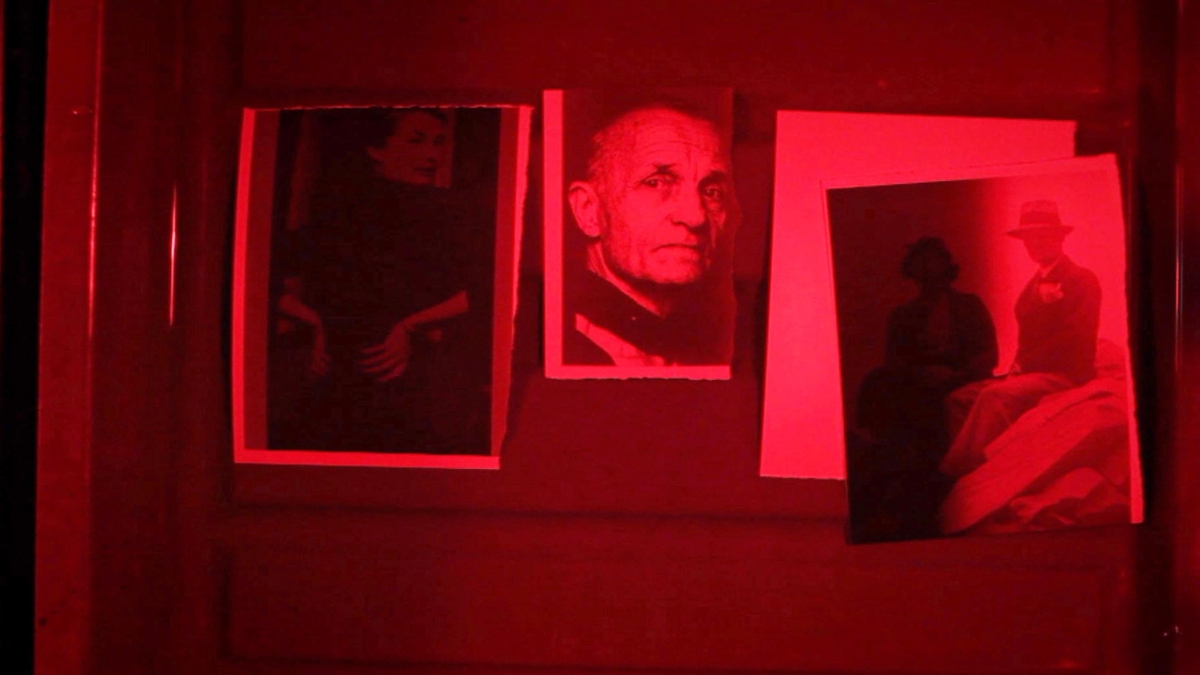 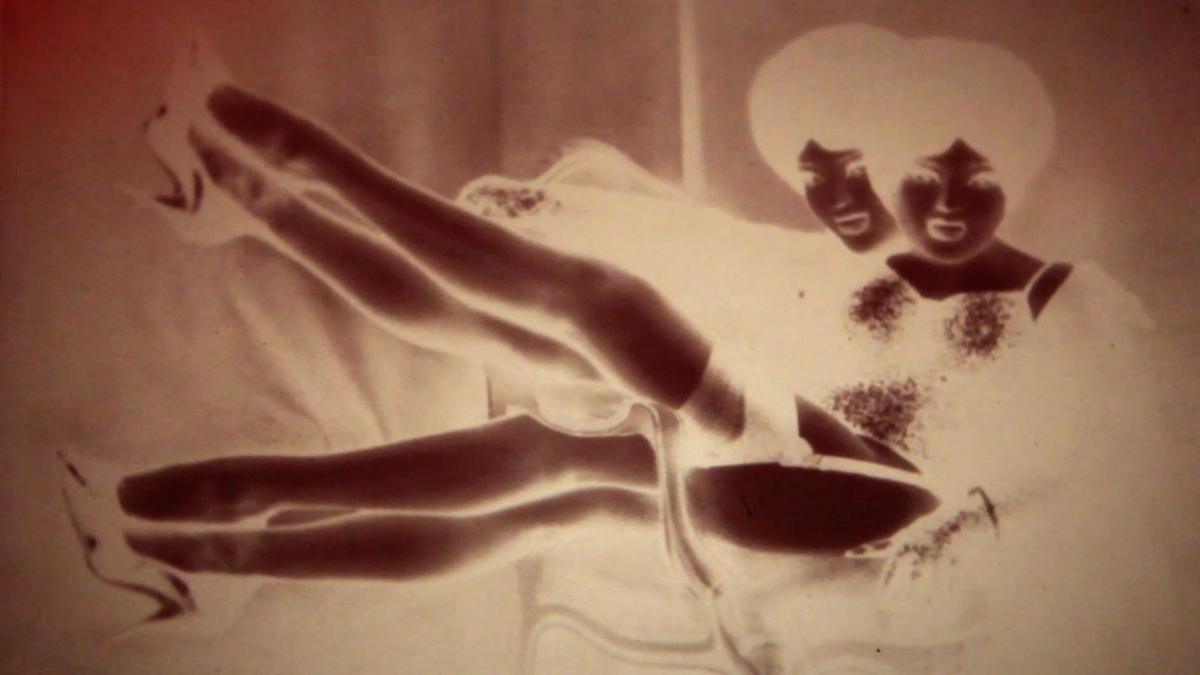 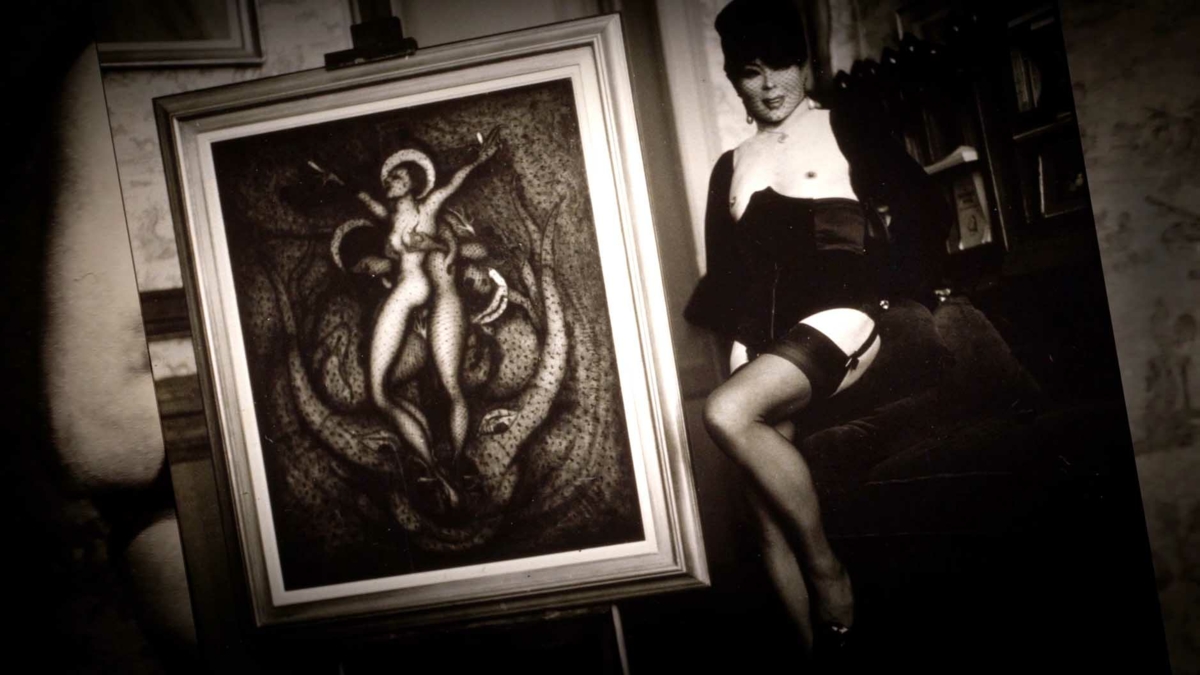 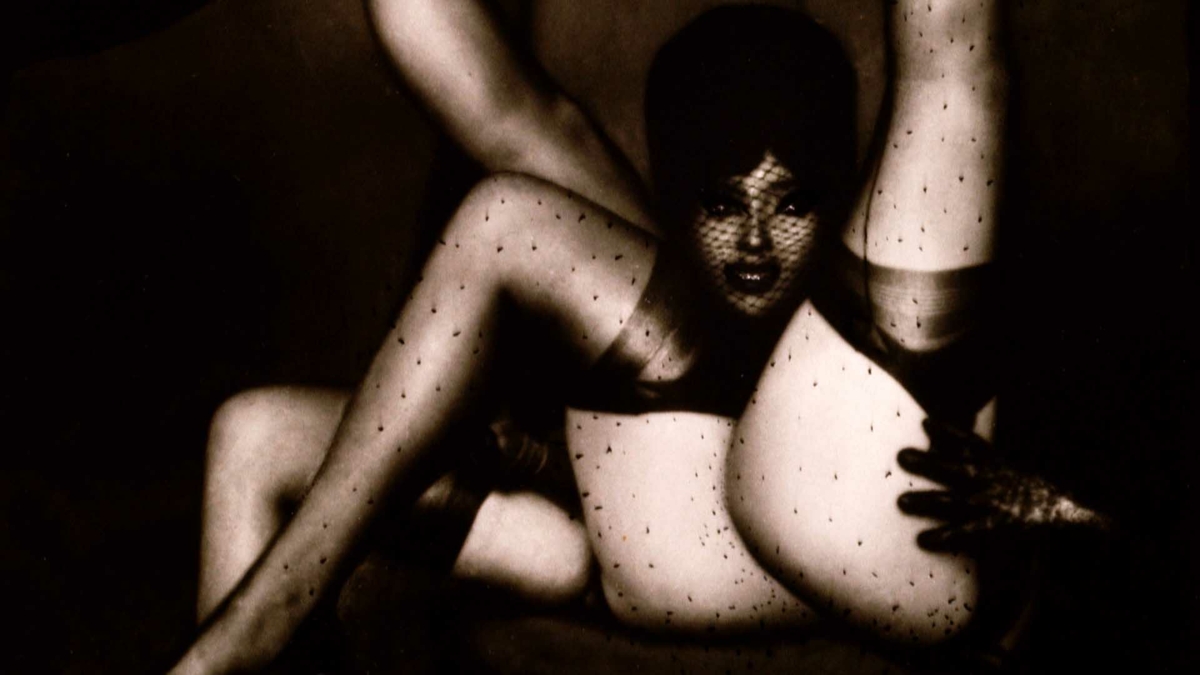 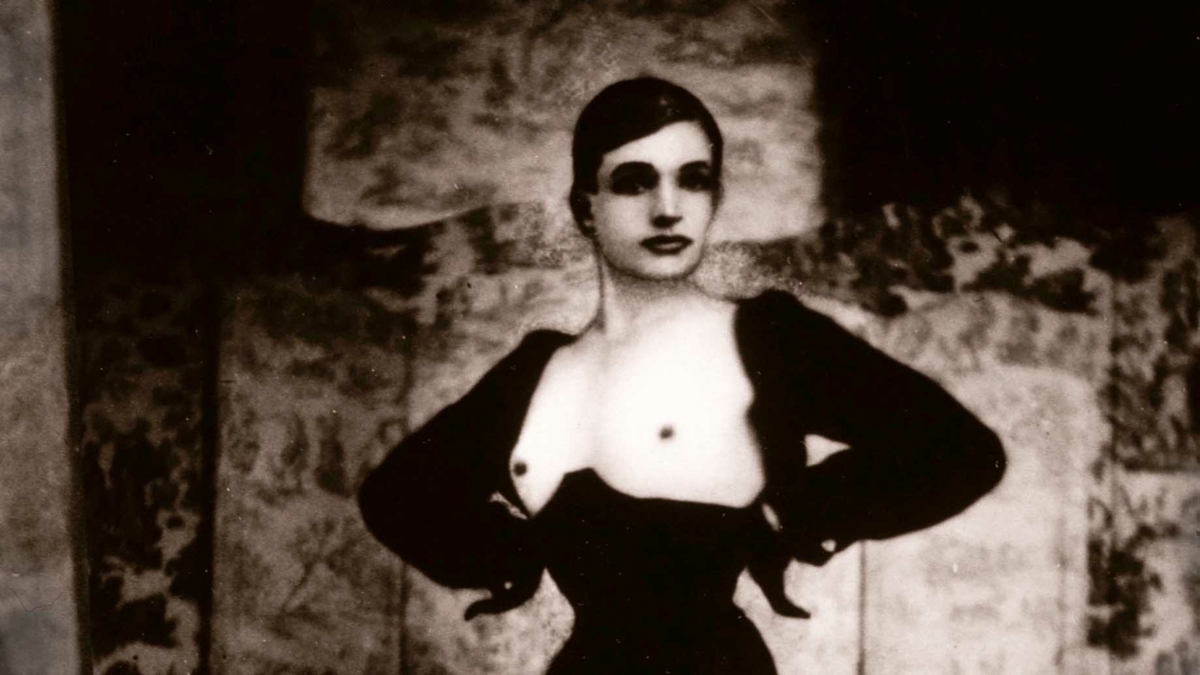 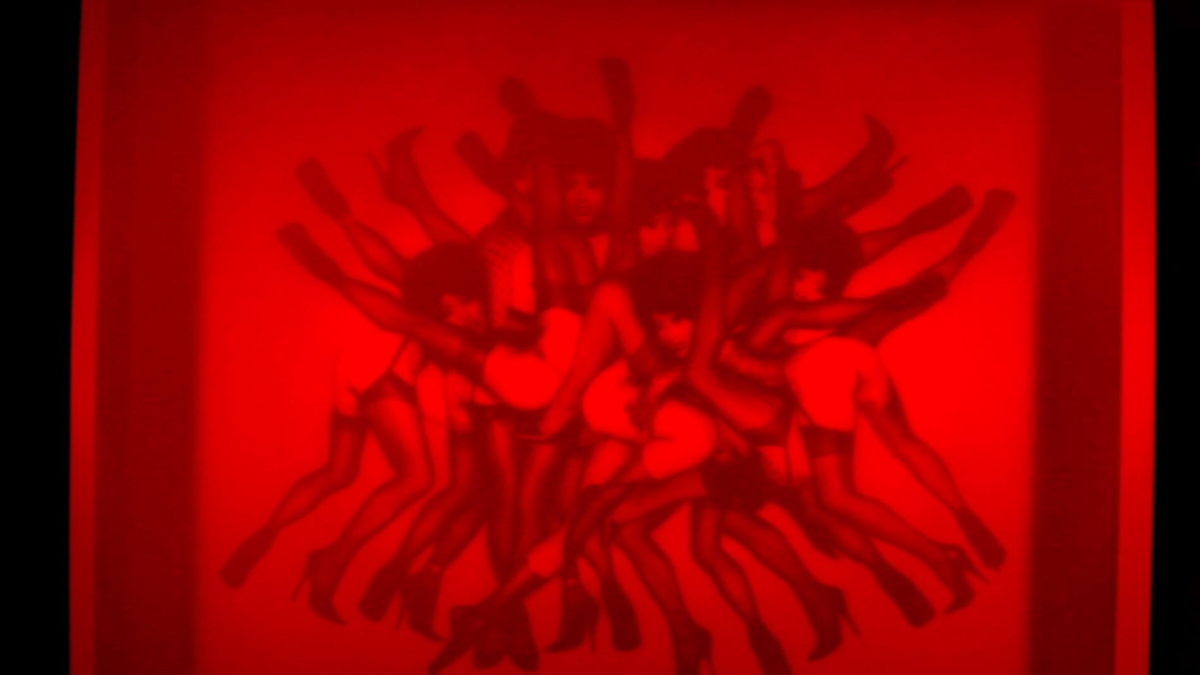 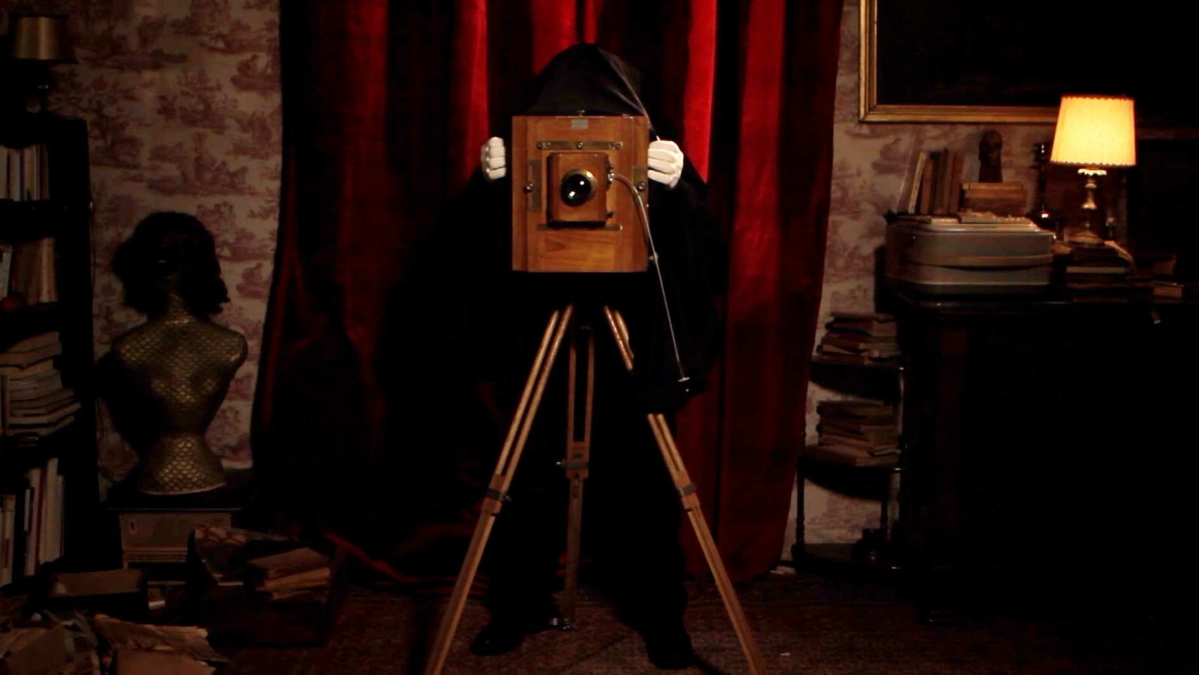 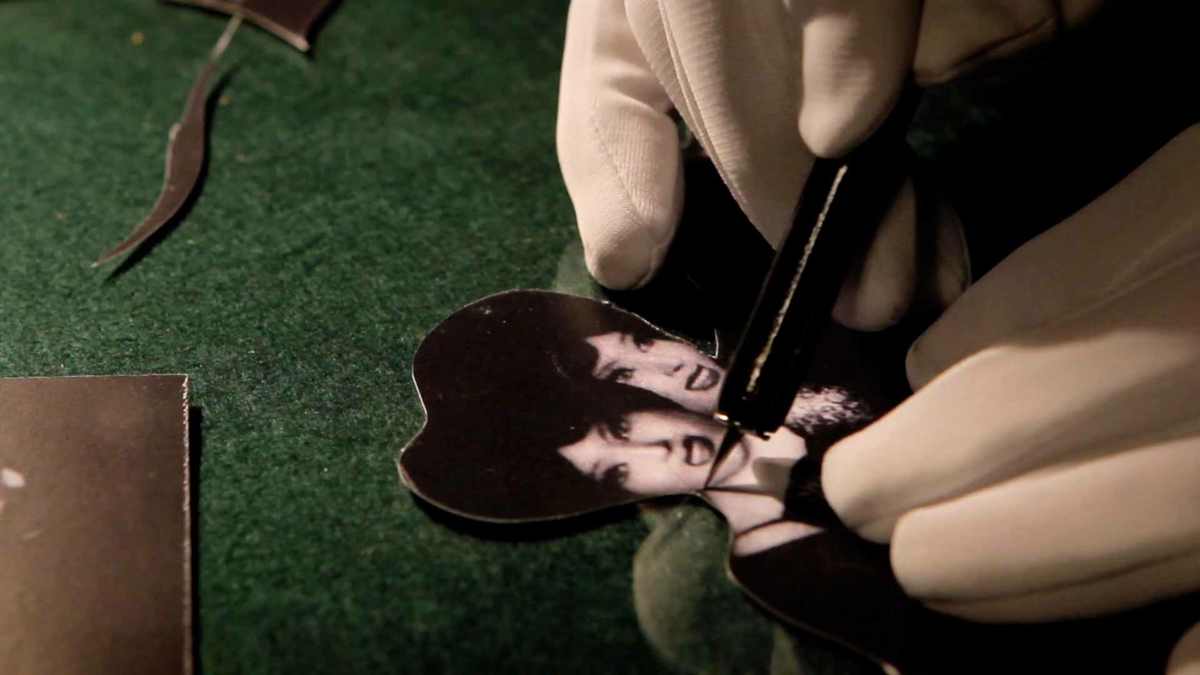 The Legs of the Saint-Pierre Quarter (2013)
Assembling photomontages

Society teaches us many things, most of which make no sense. Good, evil… what counts is the pursuit of pleasure. I have made a career out of being myself."
- Pierre Molinier 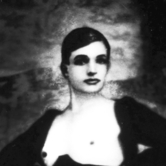 You will find this film on the circuit

The artist peers into his lens
2 films